July 04, 2016
Popular Nigerian radio presenter Freeze will never seize to surprise his fans on a daily basis. Aside passing both negative and positive comments about issues affecting the country and some notable figures, the oap has come to show his fans another side of him that they are not aware of.
Over the weekend, the Freeze visited Governor Akinwunmi Ambode’s hometown Epe. During his visit he decided to make a quick stop at the Epe fish market to buy crocodile meat. While at the market, Freeze did a short video of his outing and posted it on Instagram and invited some of his friends to come taste it saying:
“Went to gov. @akinwunmiambode town Epe to visit the #EpeFishMarket and decided to try some #CrocodileMeat available in the market. Would you like to try some? @louieduke @rollyajomiwe @rangeroverdoctor @fineboy_racing @kaylahoniwo @f.aouad @def4real @djexclusive83 @iambolar and @themanmannie7 dinner starts at 9pm.”
See post and pictures below: 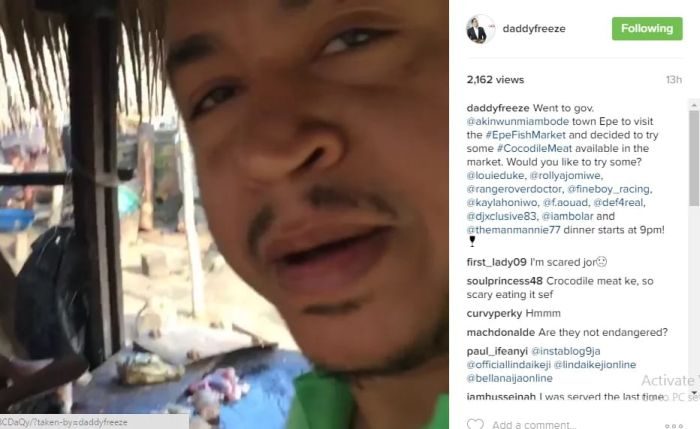 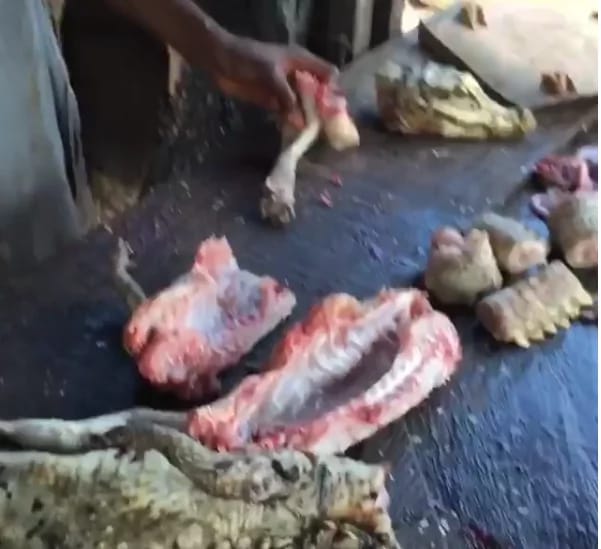 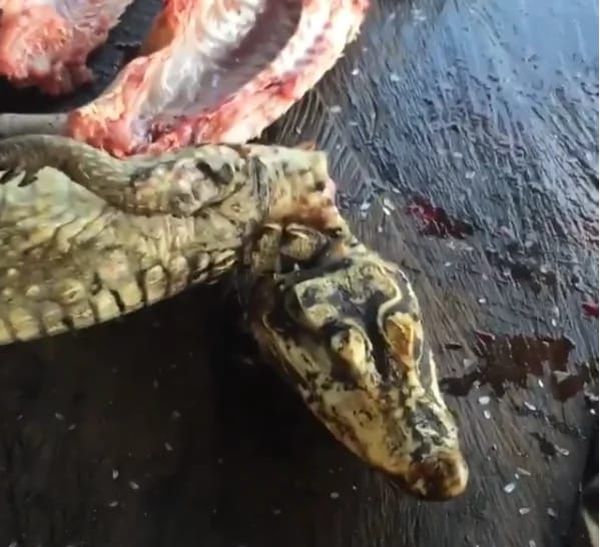