Showing posts from July, 2016
Show all

No Messi No Barca!! Neymar Admits Barcelona Dependence On Messi 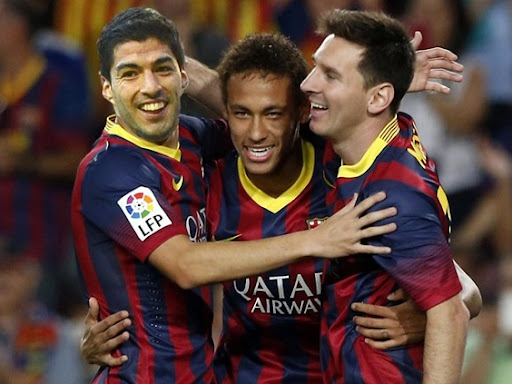 Barcelona forward Neymar has said he has no problem admitting that the club is openly dependent on star player Lionel Messi.
Neymar, who is set to play a similar role for Brazil at the Rio 2016 Olympics, says there’s nothing wrong with a team having a star player to depend on.
“I’ve never liked talking about myself, but I’ll give Barcelona’s example,” he told a news conference at Granja Comary.
“We have great players but will we deny we are dependent on Messi? Of course we depend [on Messi]. I’m not ashamed of playing for him or for the fact that he is the man. Messi is the best in the world, I want to depend on him.” Neymar believes that the young Brazil team will be prepared for challenge of winning the Olympics on home soil.
“Winning is a very good thing. The pressure is part of the football, I’m here for that. It’s part of the game this pressure when I’m on the field.
“They [the other players] are young, but we know our responsibility of playing for Brazil in our home c…
Post a Comment
Read more

Oh No! The Number Of Teachers Who Die Every Month In Lagos Will Shock You 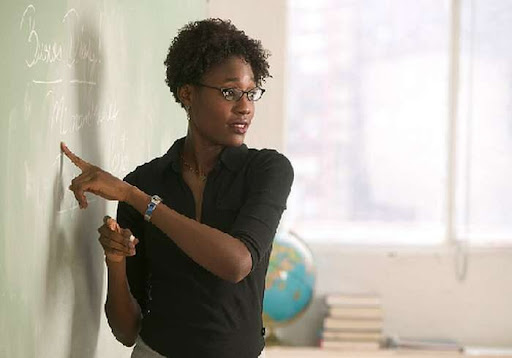 A new revelation has been made about the number of teachers who die every month in Lagos and it will shock you.
An average of 10 teachers die each month in the post-primary teaching service of the state accroding to the Lagos State Teachers’ Establishment and Pension Office (TEPO).
Mrs Sewanu Ayodele-Amosu, the Permanent Secretary of TEPO, made the disclosure on Tuesday at a Sensitisation Seminar and Capacity Building on Healthy Living for Post-Primary Teaching Staff of the state.
According to Vanguard, she said that apart from sudden collapse resulting in either temporary or permanent confinement in bed, the disturbing rate of deaths among teachers in the state called for concern.
According to her, in spite of the prevailing economic situation in the country, there is, arguably, scantiness of knowledge on healthy living.
“This is another contributory factor for this worrisome adverse health condition of the teachers.
“This health seminar will be held quarterly to educat…
Post a Comment
Read more

SAD!!! How Motorcyclist Stabs Friend To Death At Drinking Joint 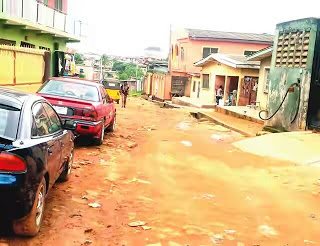 A 32-year-old father of two, Gbenga Olorunsola, has been killed by his friend, Damilare Adenuga, after an altercation between the two at a drinking joint on Kayfarm Estate, Iju-Ishaga, Lagos, degenerated into a scuffle.
Punch Metro gathered that 28-year-old Adenuga, a commercial motorcyclist, (okada rider) was a guard on the estate, while the deceased worked there as an electrician.
It was learnt that the suspect was sacked sometime in May 2016, due to his alleged unruly behaviour and warned not to come to the estate. Adenuga, however, visited the estate on Saturday around 11am and went to a joint to drink with his friends. As the fun was on, Olorunsola arrived at the joint.
A few minutes later, he was said to have questioned Adenuga on his presence on the estate and told him to leave.
“Gbenga (Olorunsola) snatched a cup of drink his friend, Adenuga was holding and poured it on him. Other friends initially thought they were joking with each other. But they started excha…
Post a Comment
Read more 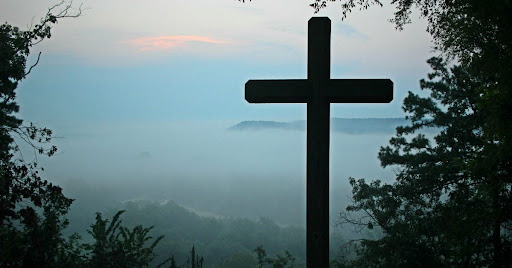 This post is adapted from 10 Reasons Jesus Came to Die, a short-form tract based on the best-selling book, Fifty Reasons Why Jesus Came to Dieby John Piper. 1. To destroy hostility between races. The suspicion, prejudice, and demeaning attitudes between Jews and non-Jews in Bible times were as serious as the racial, ethnic, and national hostilities today. Yet Jesus “has broken down . . . the dividing wall of hostility . . . making peace . . . through the cross” (Ephesians 2:14–16). God sent his Son into the world as the only means of saving sinners and reconciling races. 2. To give marriage its deepest meaning. God’s design was never for marriages to be miserable, yet many are. That’s what sin does . . . it makes us treat each other badly. Jesus died to change that. He knew that his suffering would make the deepest meaning of marriage plain. That’s why the Bible says, “Husbands, love your wives, as Christ loved the church and gave himself up for her” (Ephesians 5:25). God’s design for…
Post a Comment
Read more

20 Verses to Remind Us - We Do Not Have to Fear

July 19, 2016
I struggled with fear and worry for years. But through time, I began to find that the things that once would have sent me down an anxious spiral, no longer had the same effect.  It didn’t happen quickly, but over days, months, years. I read words - of life - of truth. Soaking them in, over and over, praying them out loud.  Until they became so familiar, they replaced the other things in my mind that I’d battled against. There’s nothing magical about words and verses, but there is power through them, because they’re God’s words.  1. Isaiah 41:10“So do not fear, for I am with you; do not be dismayed, for I am your God.  I will strengthen you and help you; I will uphold you with my righteous right hand.” -Isaiah 41:10 2. Psalm 56:3“When I am afraid, I put my trust in you.” -Psalm 56:3 3. Philippians 4:6-7“Do not be anxious about anything, but in every situation, by prayer and petition, with thanksgiving, present your requests to God. And the peace of God, which transcends all understand…
Post a Comment
Read more 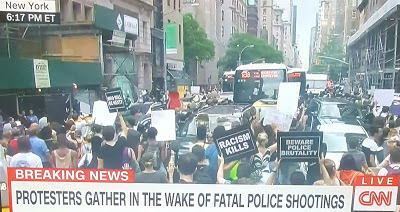 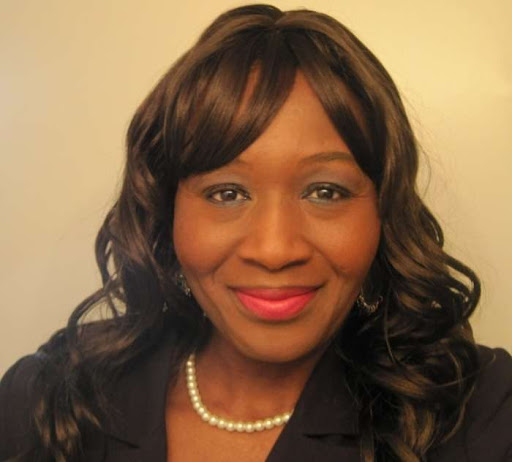 The Controversial Journalist/Blogger/PR/OAP/Vlogger/News Caster/TV Presenter and so on.. lol.. has quits Journalism in Nigeria. Kemi Omololu-Olunloyo is a 28 year US trained Publicist, Journalist, Pharmacist as well as a Gun Violence activist and Social Media Critic. Her statement today reads:- Today July 7th 2016, I am really Sorry to tell you my fans that I will no longer practice Journalism in Nigeria. It seems like many celebrities and their fans are upset when I write a story about them. I live for the truth and nothing more. News is news and not prying into other people’s business. Without news you are uninformed. I opened this Facebook page January 25th 2013 and wanna thank everyone who has followed me on social media. I will now concentrate on my Kemi’s Kids Foundation. I like helping disadvantaged kids in Nigeria. Pls LIKE the page Facebook.com/Kemiskids. If you follow me on Twitter @KemiOlunloyo is my private page @HNNAfrica my main handle will be there. Facebook.com/KemiOlun…
Post a Comment
Read more 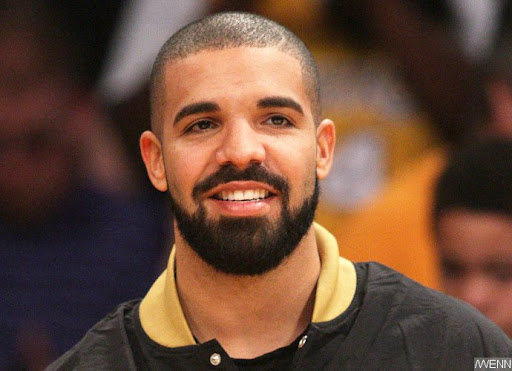 Magali Beauvue, a makeup artist from Paris, worked her magic on a client’s five-year-old son, Dylan, as she transformed him into Drake using clever contouring techniques. Ms Beauvue said of the process: ‘Because he’s a little boy I couldn’t take too long on him… the transformation has to be fast!’ See photo below:- Lovely?
Post a Comment
Read more 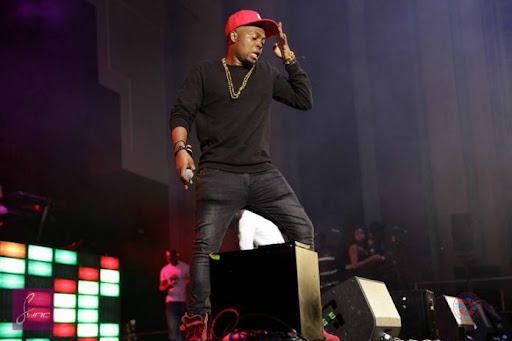